At the age of 28, in 1992, I was told I had HIV and maybe “a good five years” to live. By the time the autumn of 2008 rolled around, I’d outlived my use-by date three times over, and then some. Not only had my body remarkably held it together without need for treatment or medical intervention, the HIV had never even begun to conquer my immune system. In the previous five years, however, another culprit – stress – had taken hold, and the damage was irreversible.

I’d become severely anaemic and my body was shutting down. Bruised and tired, like an over ripened banana, I felt utterly spent. On the heels of a failed marriage, the death of a dear friend, becoming a landlord, and working full-time as an educator for the United Nations on HIV, I had let stress and the physical toll of international travel get the best of me.

Each trip with my job had been to help others, to be sure, but also involved sharing my own story of living with HIV. Each trip dug another inch deeper into my soul. Each learning session brought up my own pain and reminded me of the worst part of my life. From starting that job in early 2003, through to the autumn of 2008, I averaged 120 days of international travel for work per year.

It was only after a concerned colleague insisted I take some time off that I fully registered how weak I’d become. I’d unintentionally lost over twenty pounds in six months. My hands shook so much that my handwriting was nearly illegible. It was difficult to walk and I feared I’d find my sacrum on the ground, my skeleton collapsed like a discarded Halloween decoration.

On a particular day in early October of 2008, finally under proper medical care, I had undergone a bone marrow extraction to look for cancer. It was the most painful procedure I had ever experienced, and I felt vulnerable and broken in new and unfamiliar ways. Bent over the end of the examination table, holding on to the edges with white knuckled hands, I tried not to move as the doctor drilled down into the bone, then removed a sample from my aching body,

Fortunately, I did not have cancer, we’d learn later, but that morning, the doctor witnessed my pain and exhaustion and offered to admit me to hospital. In a whisper of a voice, I declined.

“Please promise you’ll feed yourself as well,” he said, as he reluctantly sent me on my way. With the luxury of being on sick leave, I had time to contemplate my situation and decide my next steps towards regaining my health.

The truth was, however, that I wasn’t entirely sure I wanted to regain my health: doing so would mean committing to a lifetime of daily medications to boost my immune system. Up until then, I’d fought the virus successfully on my own. This health battle felt like a new diagnosis all over again, and I wasn’t sure I had the physical or emotional energy to keep fighting.

As I left the hospital and slowly made my way down into the subway, holding the rail tightly as I took one step at a time like a toddler, I thought about foods I could stomach. My taste buds had begun to fail me, but I needed to build up my body weight. And I was quickly getting tired of Ensure protein shakes.

By the time I emerged on the other side, back in Brooklyn, I settled on a few ideas and stopped at a corner store before walking the last two blocks to my apartment. I decided to buy some rice pudding – a comfort food from childhood – a small portion of roasted chicken, and a jar of apple sauce. It wasn’t much, but they were all flavours I knew would go down easily.

The walk from the corner store to my apartment was only a few short blocks, but each step felt like a mile. The concrete jarred my bones. What would normally take five minutes took me 20. By the time I reached my door, I was too exhausted to eat my wares.

I put my food in the fridge, sat down, and lay my head on the kitchen table. After resting for a while, I opened my eyes. From that angle, through the blue glass of my fruit bowl, I noticed the bunch of tired bananas. I hadn’t finished them quickly enough, and now they were turning black. It occurred to me that while I wouldn’t eat them as is, they were perfect for making banana bread, another comfort food.

Turning to my collection of cookbooks acquired from around the world, I pulled out my favourite, The Flavor Bible, and looked up bananas. The book provides a cross-reference of what goes with what.

Too tired for a walk back to the store, I scoured my shelves to see what I had to hand, of those ingredients, what would go well with the others and, most importantly, that I liked enough to entice me to eat. Coffee, cardamom and chocolate rose to the top of my list.

From the The Joy of Cooking, I found a basic recipe for banana bread. I swapped out butter for coconut oil, and the apple sauce I’d just bought instead of eggs, to make it vegan, and began to experiment. Ultimately, I concocted a bread heavy and moist with bananas, with a few handfuls of chocolate chips mixed into the bread, and a topping – and bottoming – of brown sugar, ground coffee, and ground cardamom, with another dose of chocolate chips scattered on top.

As my first batch browned in the oven, my kitchen warmed my frail frame: I felt hungry again for the first time in months. Each slice reminded me of the pleasure of good food as the bread – almost the consistency of cake – fell apart in my hands, the warm chocolate chips melting on my tongue as I ate another small piece, and another and yet another; the most I could remember eating since that previous summer.

A neighbour stopped by my apartment on her way in the building, in part to check on me, but also to comment on the glorious smell of the bread. I shared a slice with her and watched as her face registered the flavour, her head nodding slightly as she covered her mouth with her hand and mumbled, “So good. So, so good.” I gave her a portion of what I’d baked to take home, and thus started my habit of baking the bread and gifting it to people I adored.

Whether it was the actual bread or the ritual of baking, or just the magic of a well-spent afternoon of self-care, I can’t be certain, but with that first loaf of banana bread, I slowly regained my love of eating. The food fed my exhausted brain and I was able to make decisions more easily. It was the first step in a chain of events toward recovering my health.

The day before Christmas that same year, I started anti-retroviral therapy, which brought my HIV back down to undetectable levels. Within another two months, I was back to work, and travelling again less than a year after that.

In the midst of one of the worst periods of my life, I found purpose and beauty in a rotting fruit that could easily have been me. I could have chosen not to nurture myself, and rendered myself lifeless, but I found a spark in the creativity of baking that reminded me that no matter how tired or how spent, that dreg of life is worth holding on to. I, like the banana, was worth saving and sharing and loving.

Thinking back eight years later, I am grateful that I’d had the good fortune to take the time I needed to nurture myself fully back to health. I’ve since left that job and travel less frequently than before, but from time to time, I still make the banana bread and gift it to people I love. The smell reminds me of how far I’ve come, both literally and figuratively. And, always, I sneak a corner just after removing it from the oven to test it and make sure it is worthy of sharing. It always tastes like love. 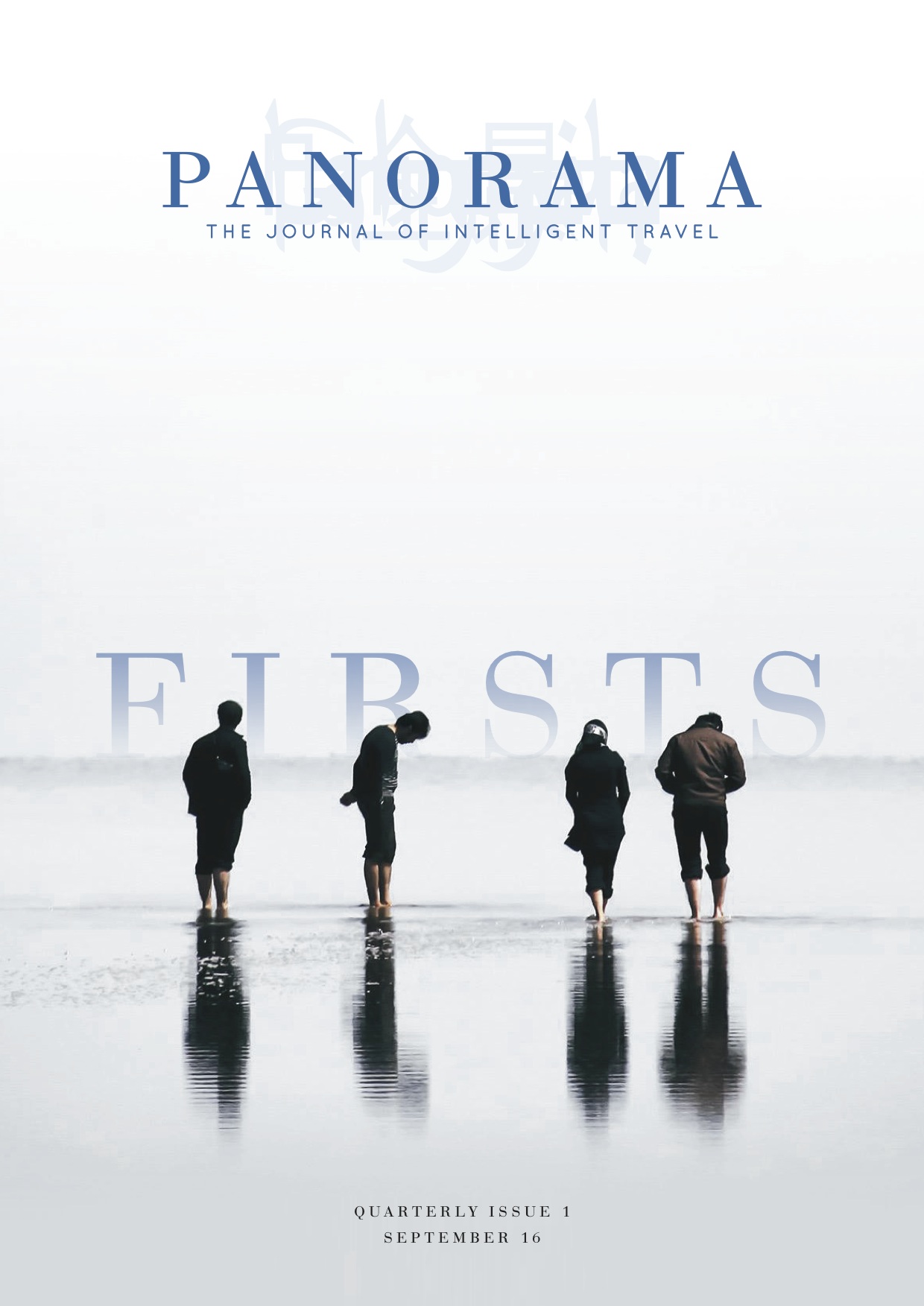 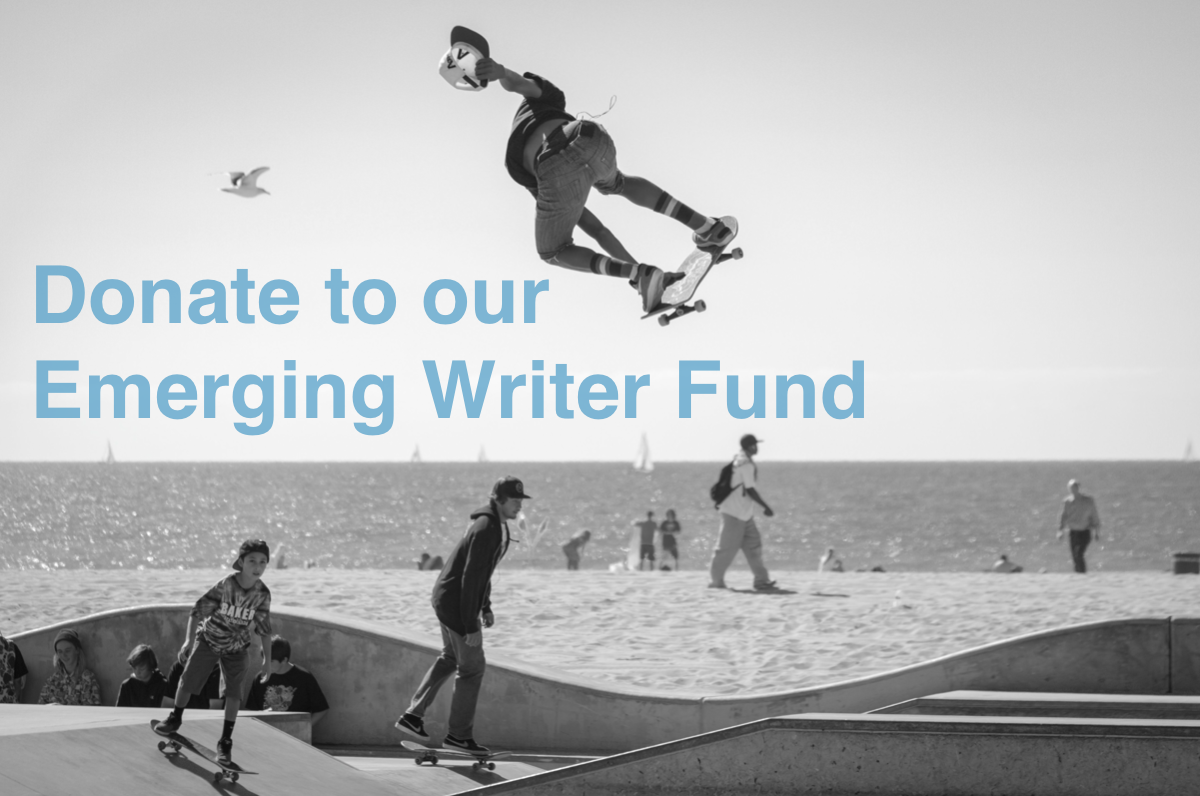