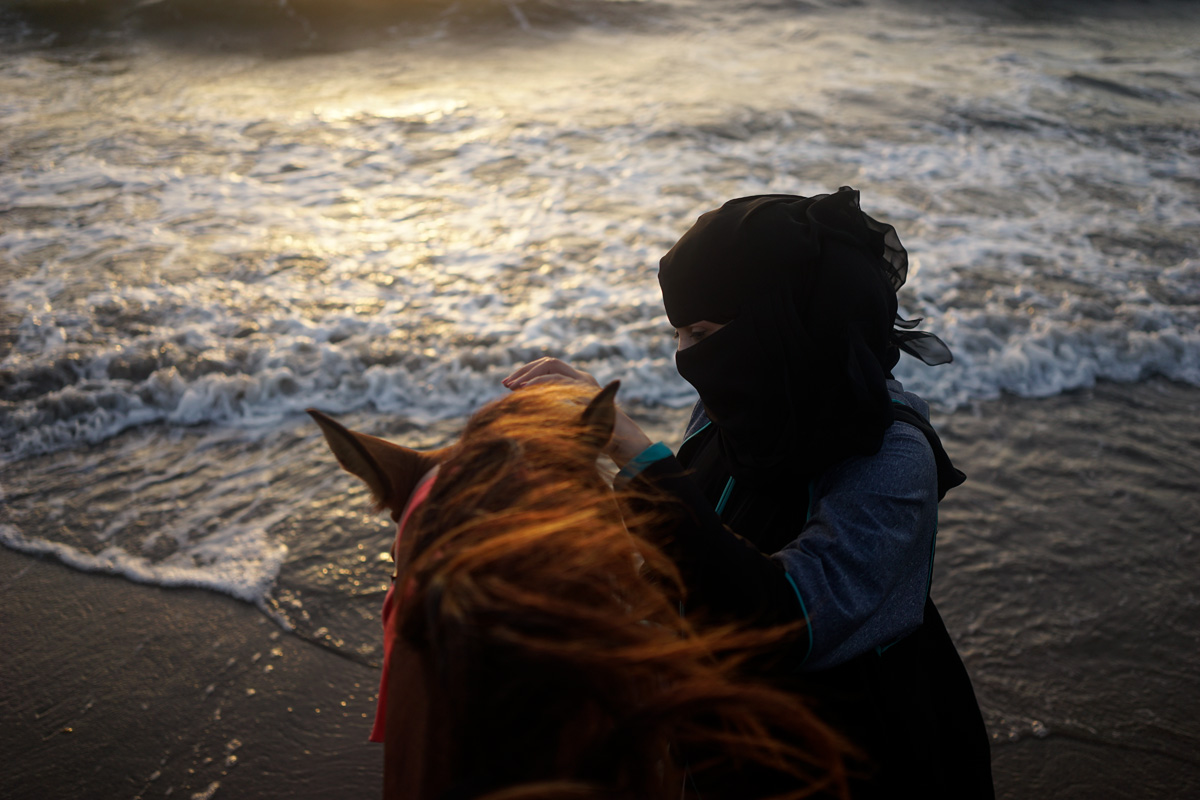 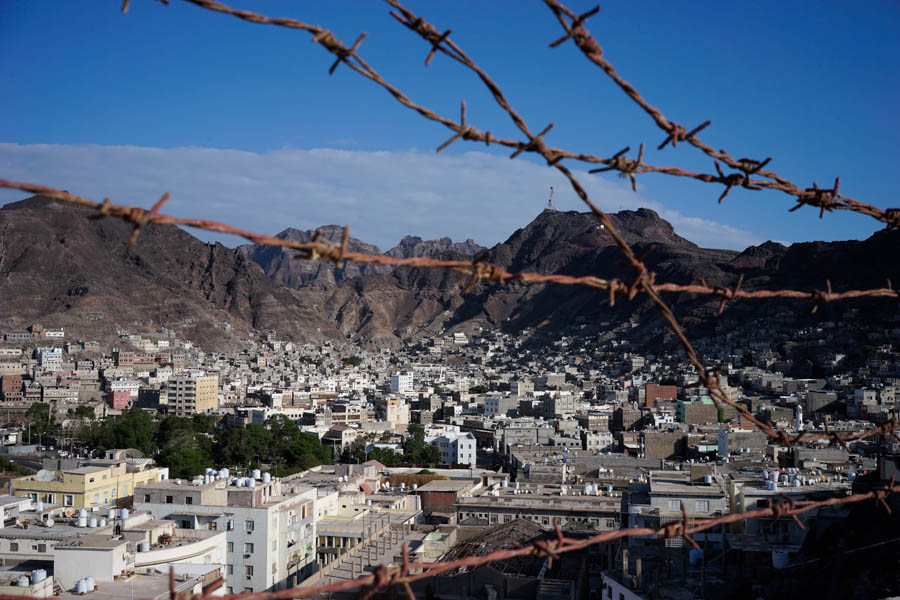 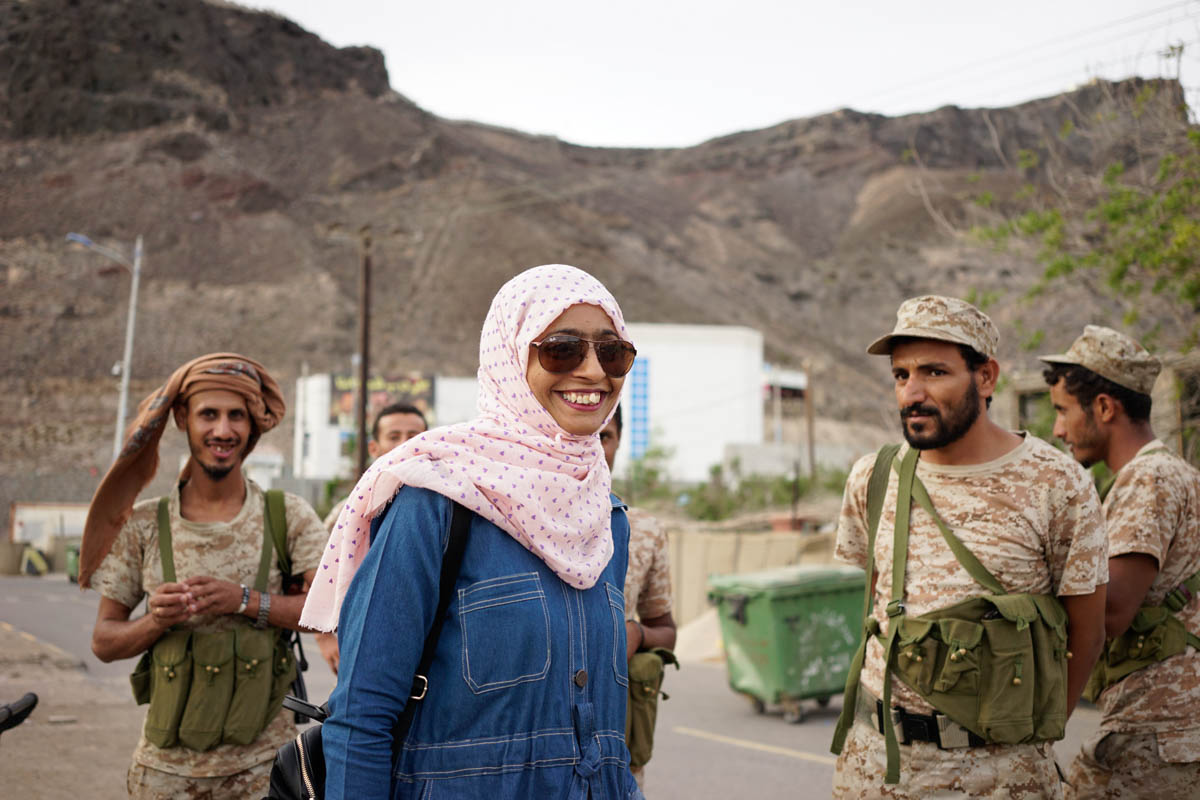 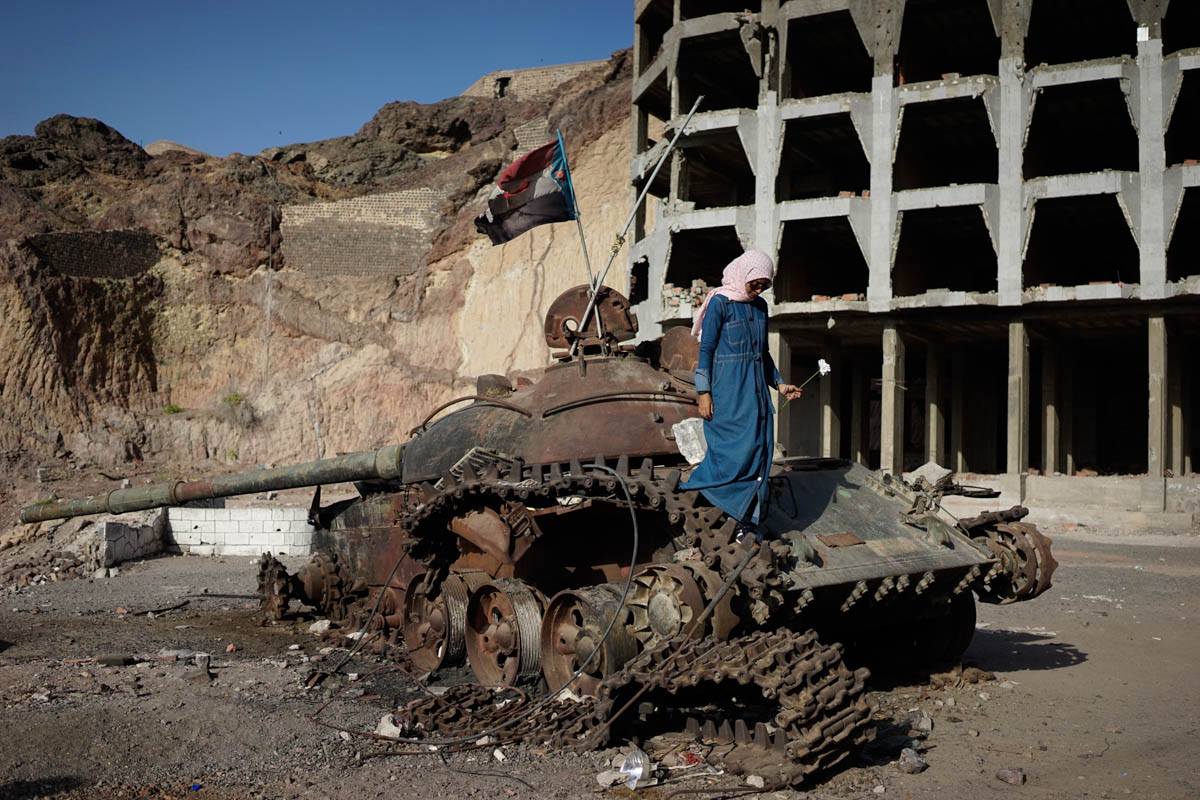 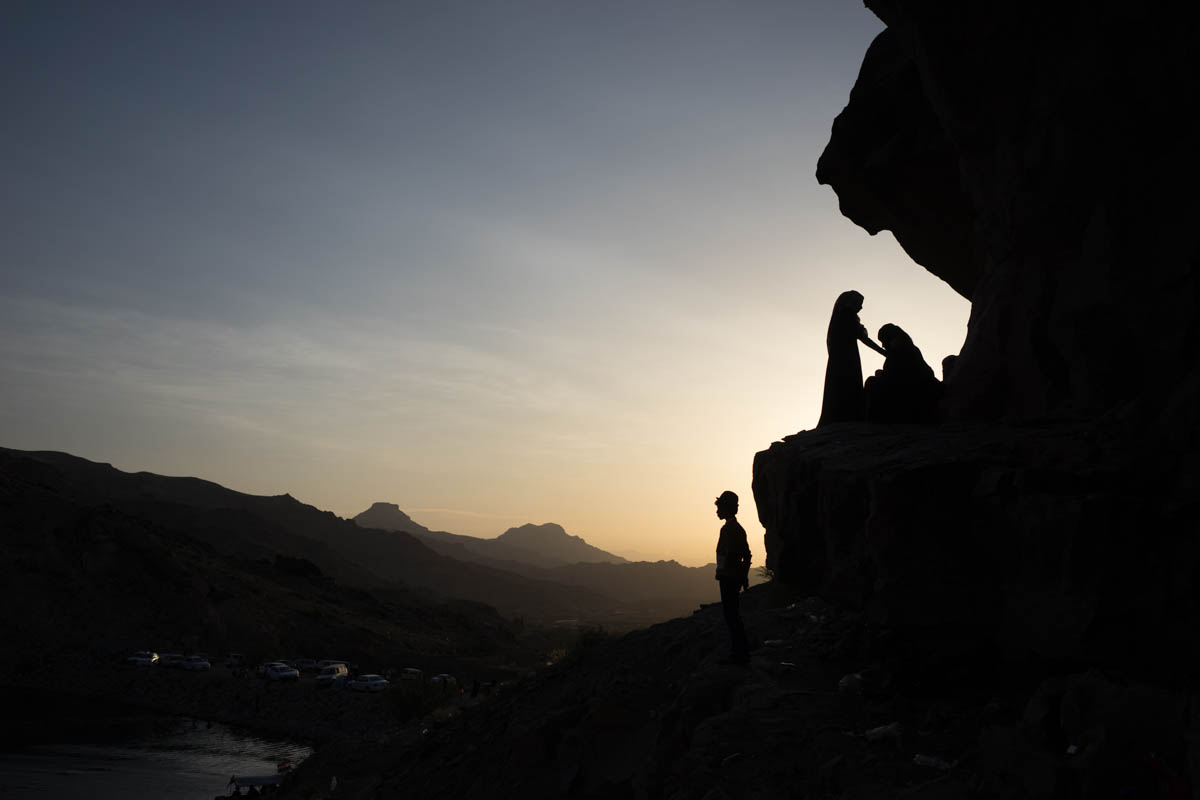 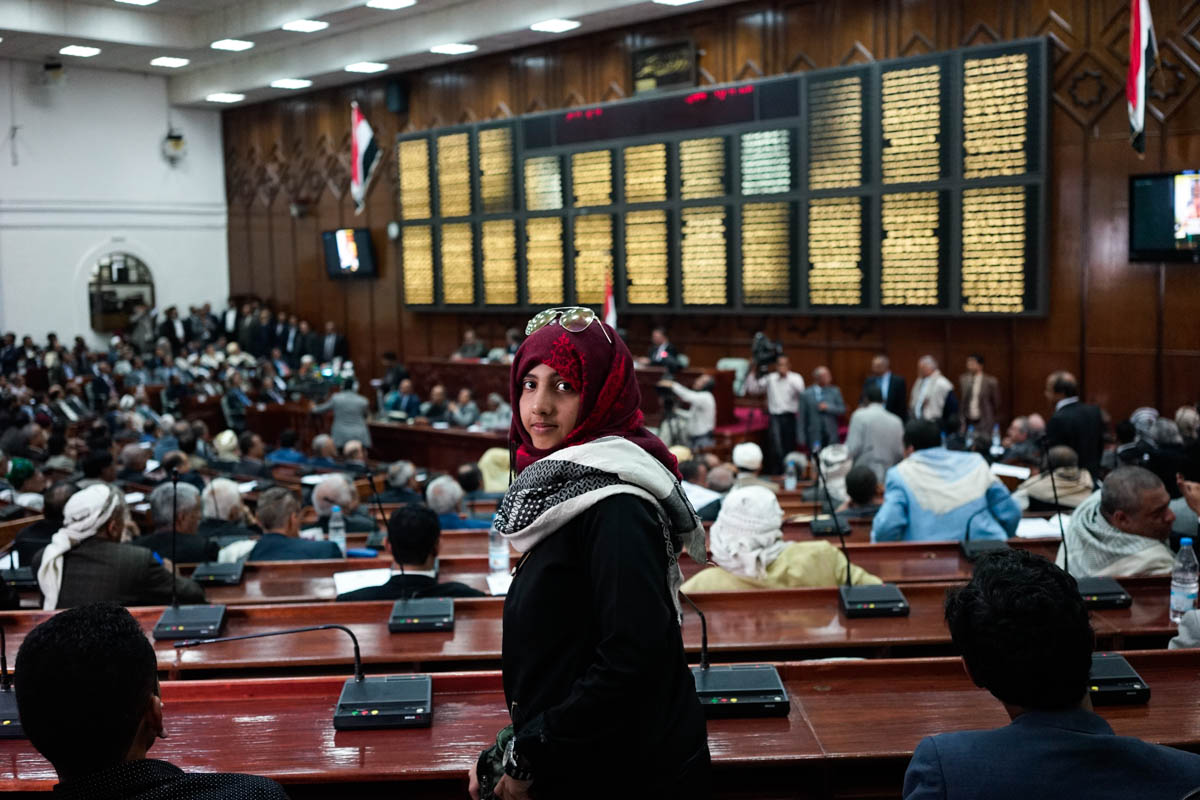 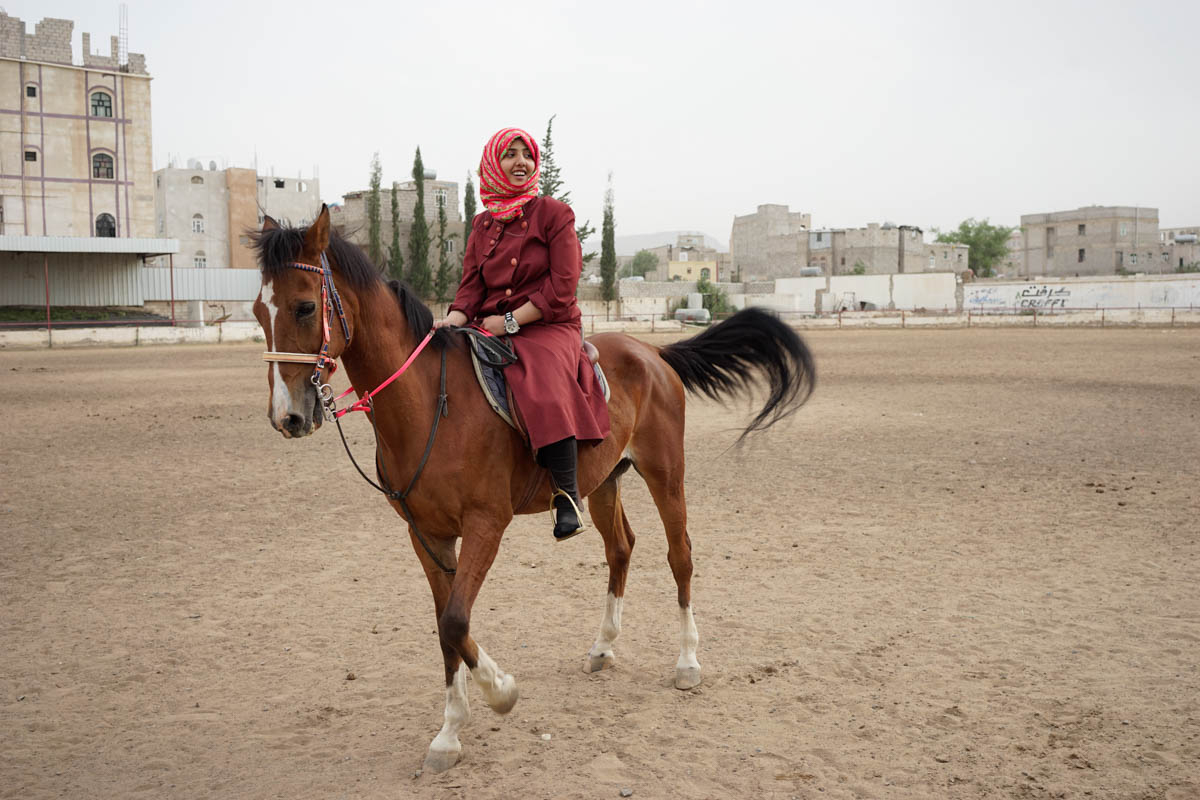 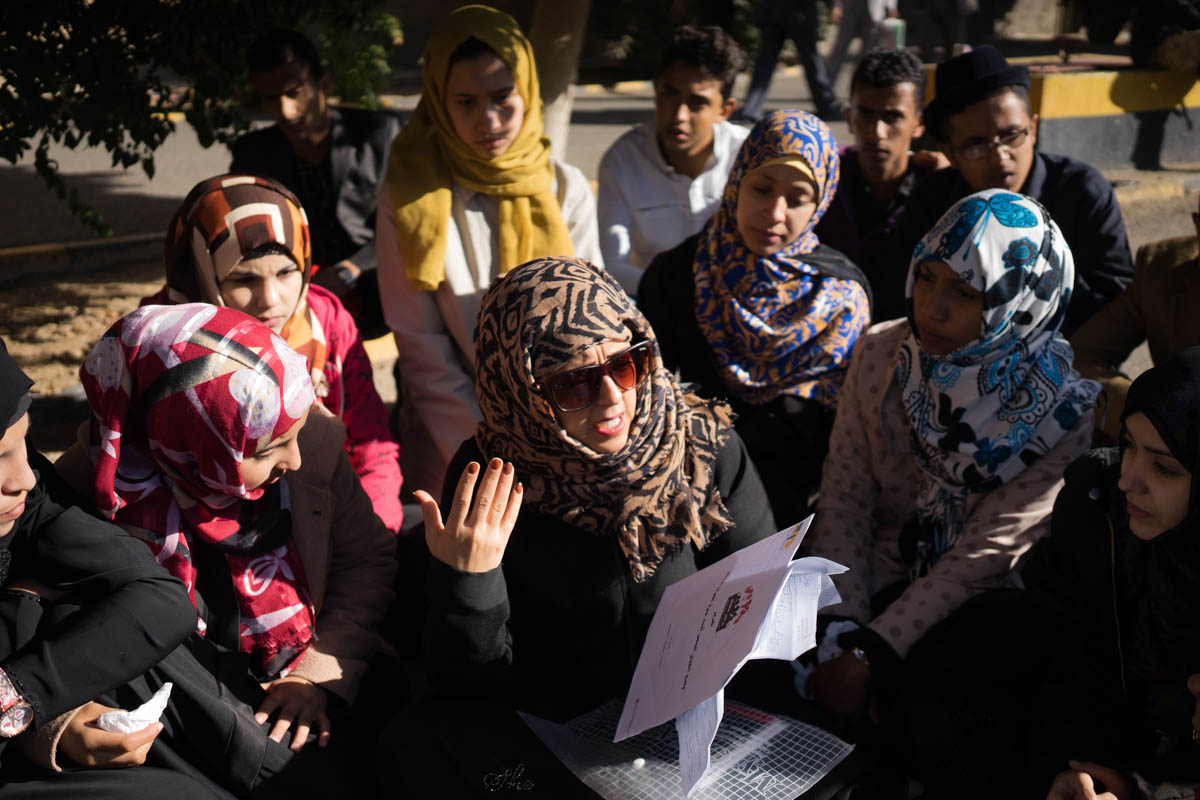 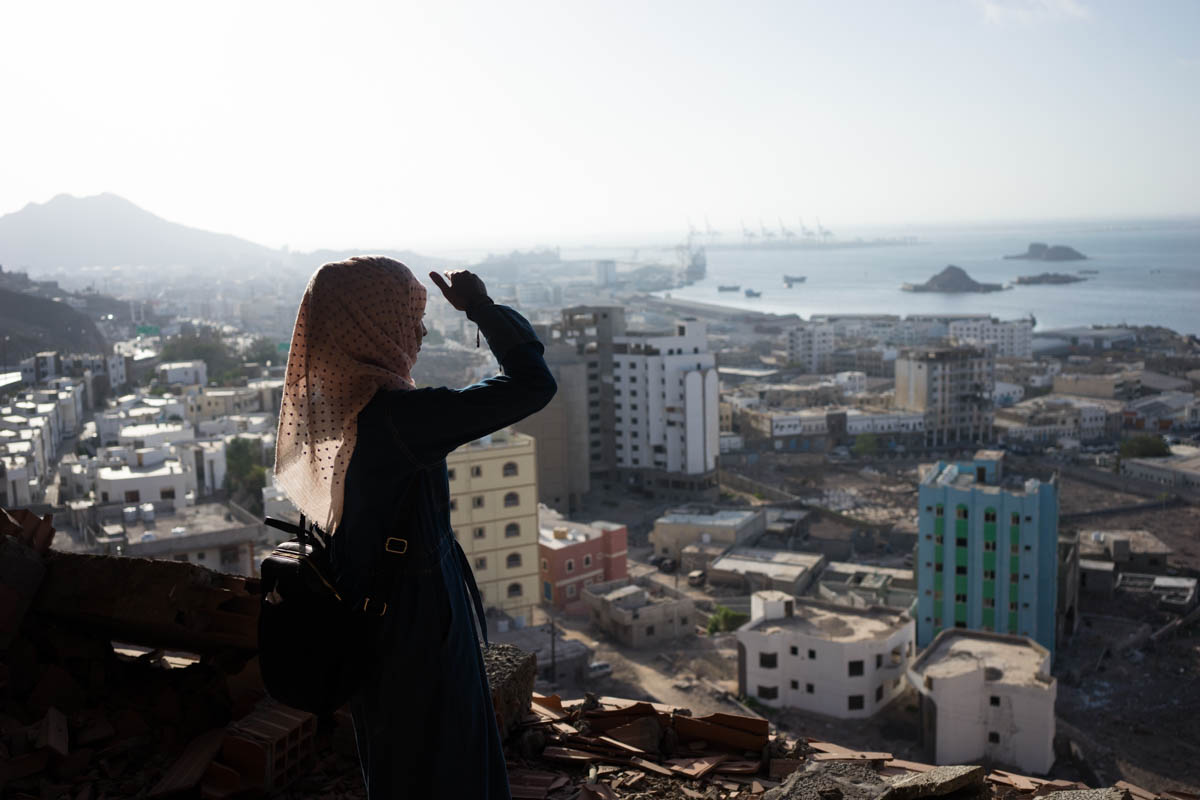 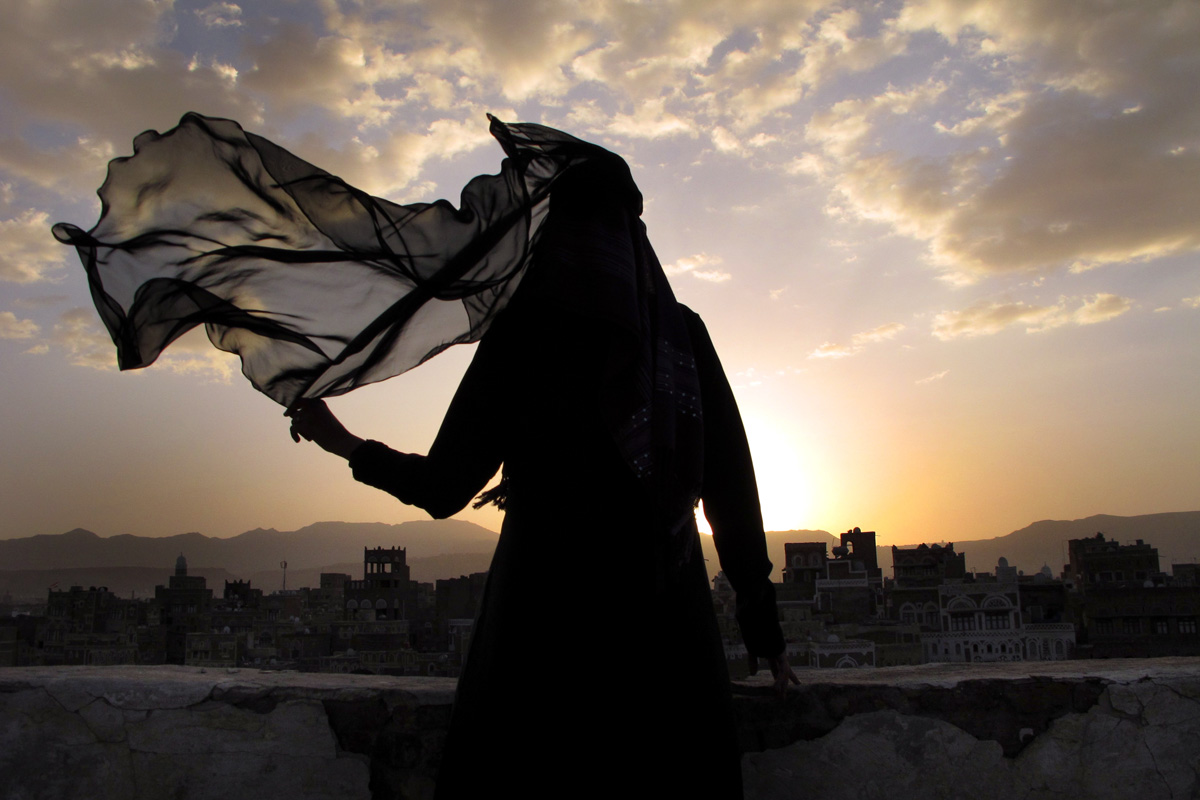 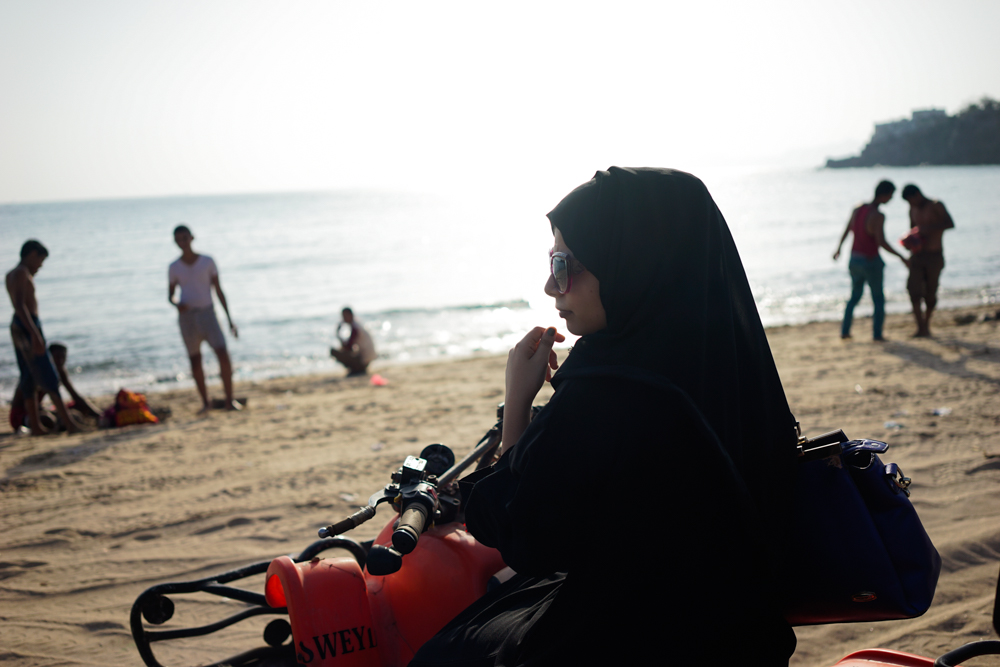 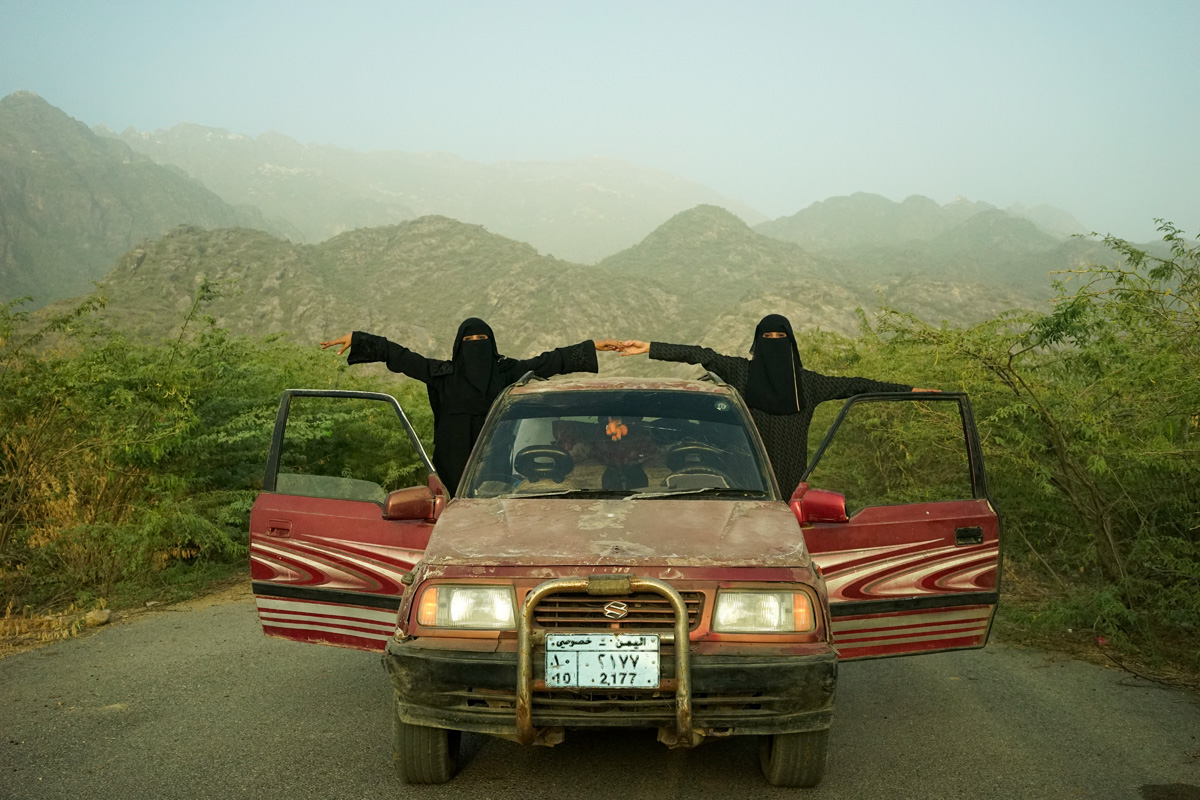 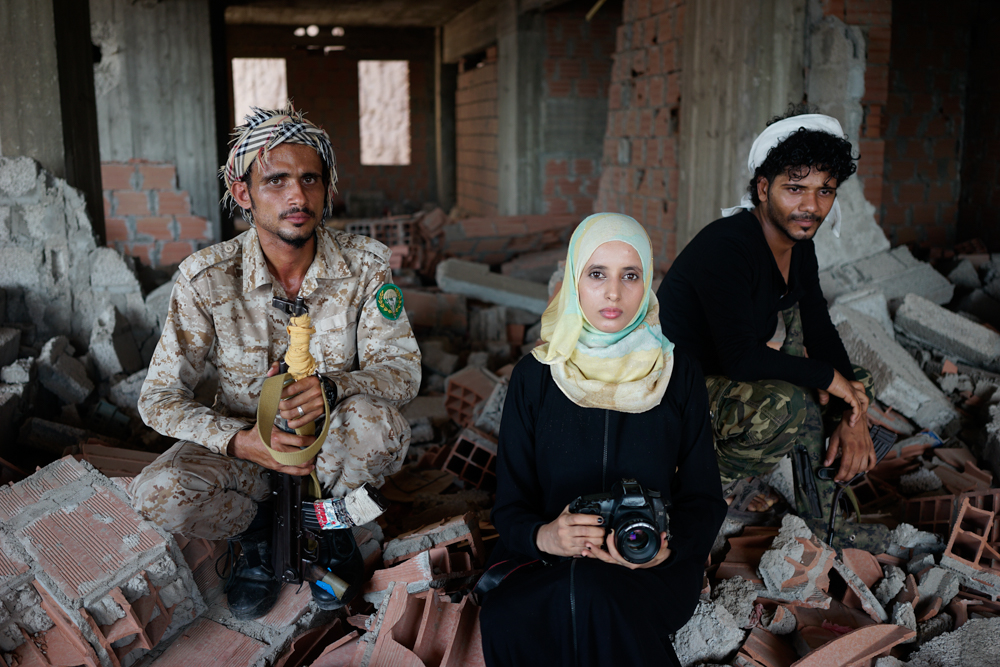 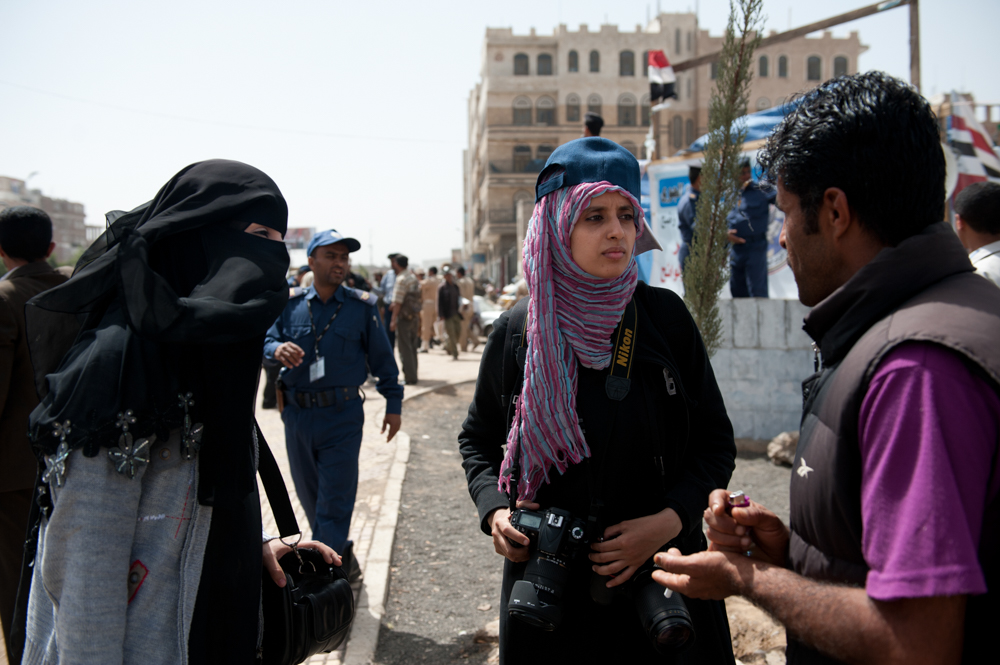 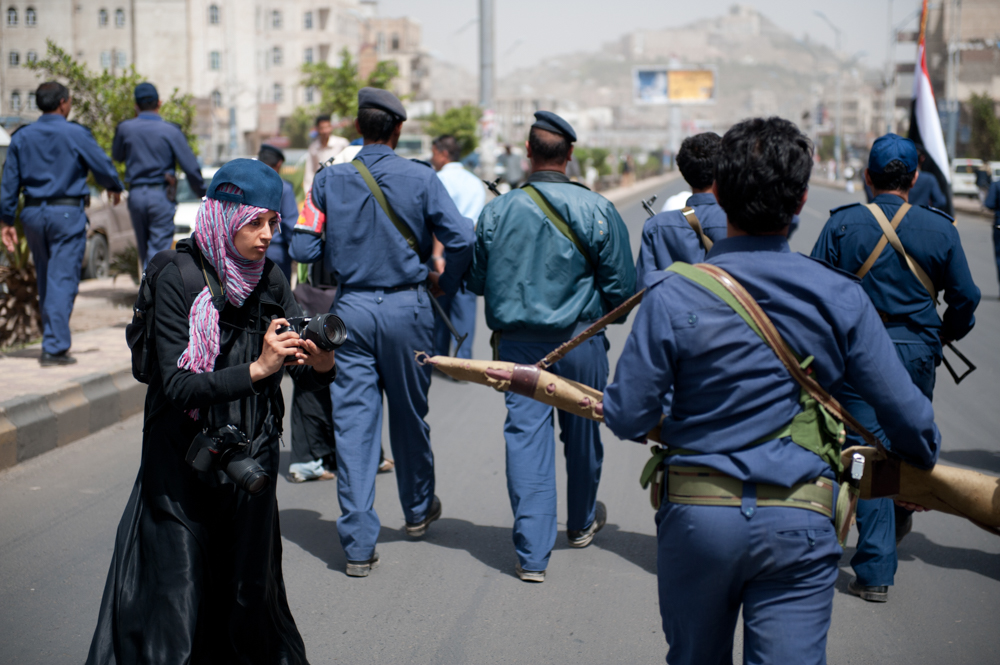 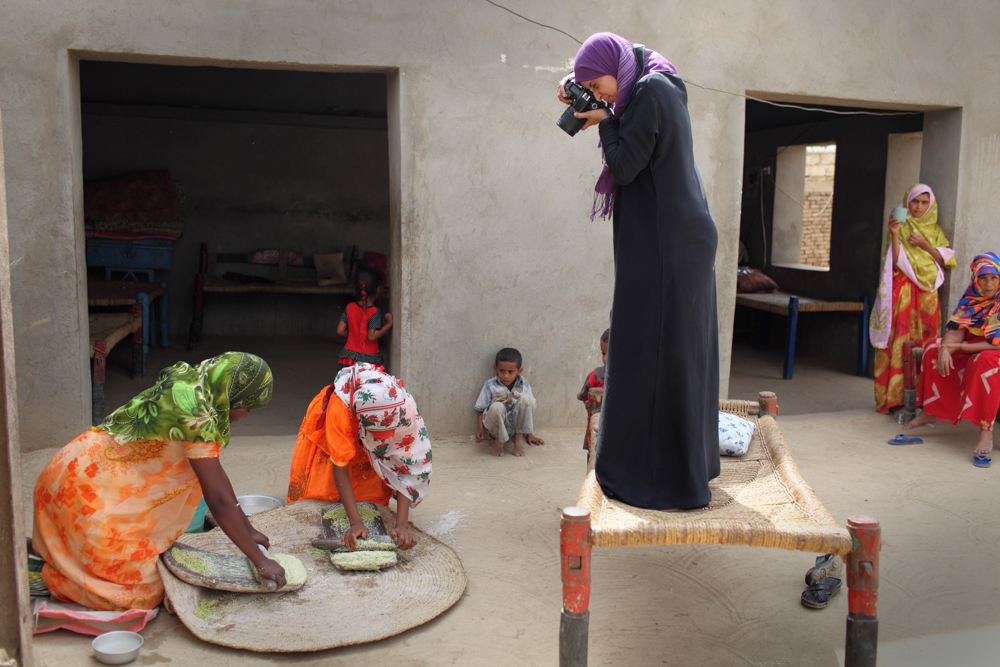 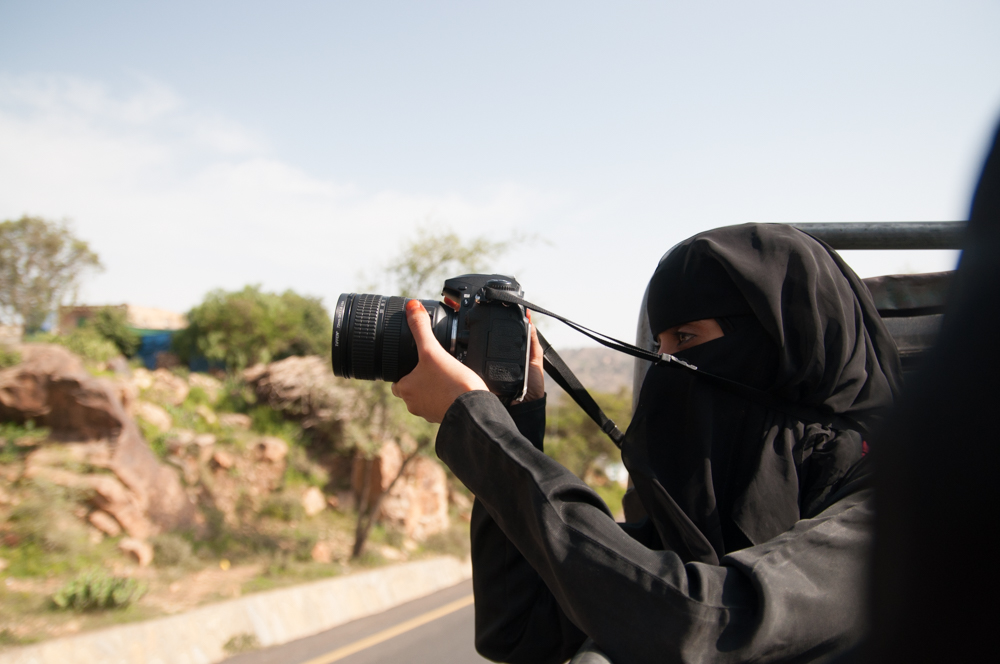 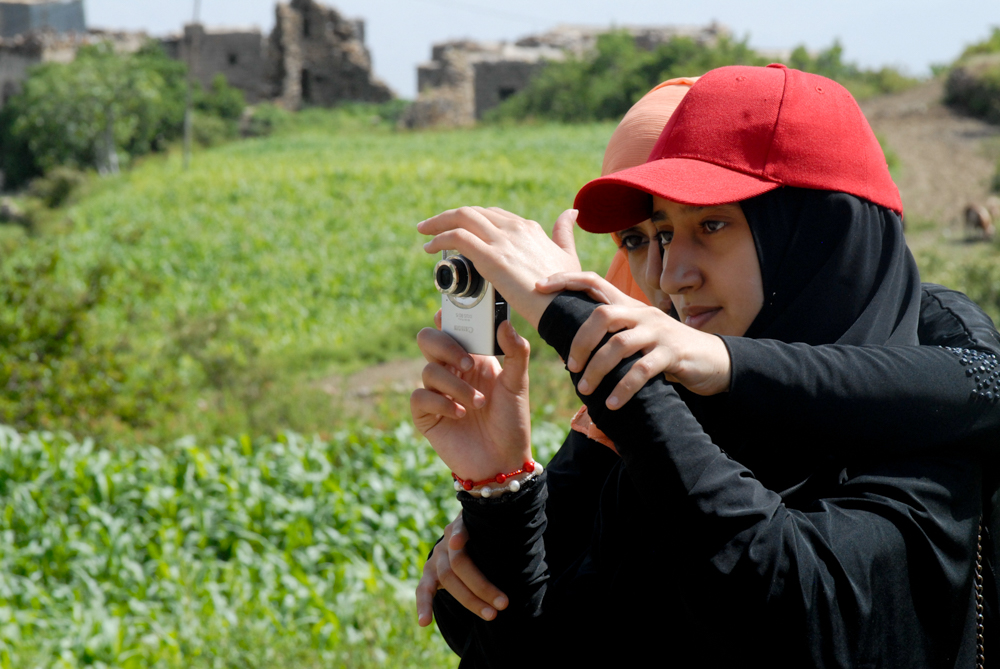 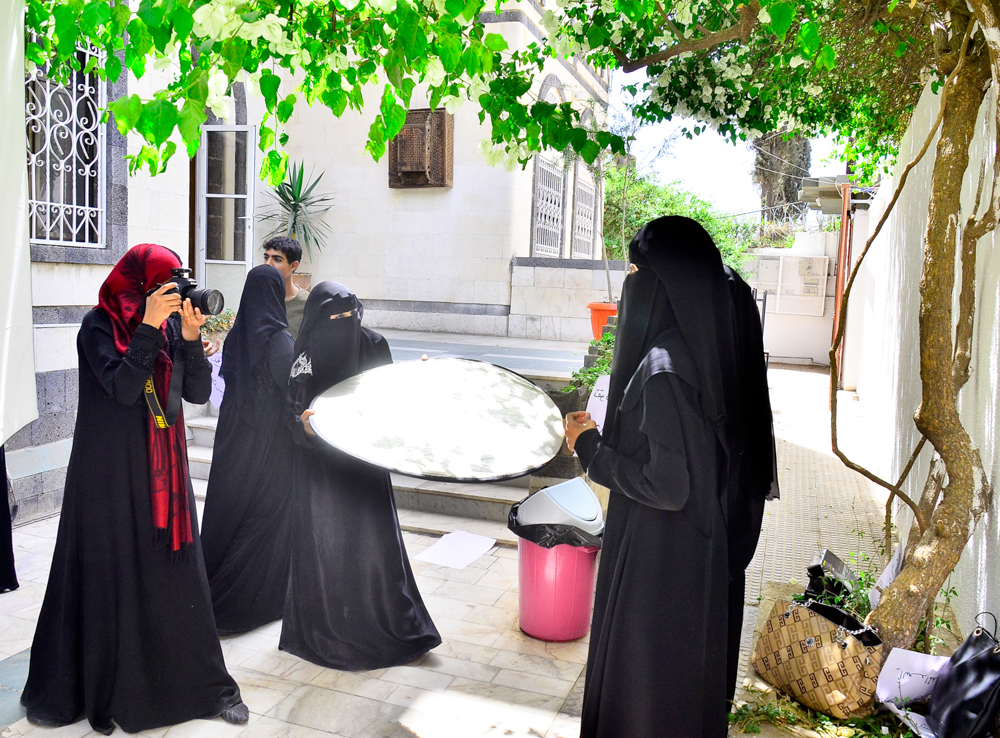 As a Yemeni woman, I’m fascinated by the beautiful spirit of my fellow countrywomen. For eleven years I have travelled throughout Yemen and photographed Yemeni women going through an unprecedented and fundamental social, political and economic upheaval.

Between January 2016 and October 2018 alone, 56000 civilians and fighters died in the war in Yemen. Many more have been pushed towards famine. Historical monuments including those in the old city of Sana’a have been destroyed. Weddings, refugee camps, hospitals, residential areas, mosques, schools, food storage warehouses and other essential civilian infrastructure have been destroyed. Today, Yemenis have limited access to clean water, electricity, healthcare or security.

In my photography, I have tried to evoke the nuances of how women care for all those around them during this difficult time – partners, parents, children, relatives and neighbours. I have photographed weddings, engagements, baby showers, family gatherings, and religious celebrations, developing close friendships to be able to share in intimate moments of their lives.

I have been able to access the most personal and private of spaces for women, in which they can express themselves comfortably. I have photographed Yemeni women in their homes, in the desert, in rural and urban areas but also more difficult situations in prisons, for example, or women whom have been married at a very young age.

It was these special moments that led me to put pursue a project called “Yemeni Women with Fighting Spirits”, featuring pioneering and resilient women who have taken fate into their own hands despite the odds stacked against them.  Yemeni women who are bringing peace inside communities but their stories are unreported.

It’s important that we are able to express our determination, beauty, mystery, significance, danger and fear though the reality is that our identities are dominated by the country’s politics, religion and male dominated culture.

The very act of photography highlights the social taboos of female freedom and veiling in Yemeni society. Sometimes women have allowed me to take photographs of their faces, but then ask me not to publish them for fear of reprisals from their families.

To be able to see another future with less war and less hatred, we first need to understand how easily war divides us and how we quickly lose sight and empathy for others.

It was only when I travelled to embed with soldiers fighting in the South, that I saw the true nature of the war. I was shocked to see the soldiers struggling. To see them as human, to see and feel their fragility and vulnerability, so affected by the war and losing their loved ones, and not enjoying the destruction as I had imagined.

The war in Yemen is a war against all Yemenis. Yemeni passport holders are restricted to risky forms of travel and are rarely guaranteed entry into safer nations. Though I’ve had challenges to move within Yemen, and have been arrested twice, there has always been a way to get the correct paperwork to continue my work. Beyond Yemen, it’s not always possible.

Yemen has a co-existence despite the sectarian differences and political conflicts and ideological differences, partisan and intellectual and regional experiences in the Yemeni areas. It is a country that is unique in its nature, where the various contradictions and wonders that argue with one another are debated.

A people who love life in all its manifestations: in blue sky, white clouds, green leaves, barren and green mountains, the eyes of curious children, our own eyes. Life that always hides wonderful surprises that people deserve to live for and eagerly await.

There is something strangely peaceful in a tormented country like Yemen. The war does not kill our spirits. War is an environment where we develop new relationships in our life and to explore worthy things as we are constantly reminded our time is limited.

Human rights activists Amal al-Aleem Ashbahi and Reham al Badr were killed because of their commitment to fighting human rights violations but there are others still working on the ground and have been able to broker tribal peace agreements.

Sumaya Ahmed al Hussam was able to resolve a blood feud in Hajja, between two tribes that had lasted 11 years and left more than 60 people dead and 130 injured, including women and children. She was able to involve all concerned parties to reach a peace agreement that stopped the conflict and brought life back to normal while no one thought could be possible.

There is a special kind of resilience and beauty in those tucked-away spots of life. I want you all to see the true beauty of my suffering country. With my camera, I strive to empower, not victimize, the people in my images.

But despite death, famine and misery, life continues in Yemen. This bittersweet reality of maimed and starved bodies coexisting with the most routine aspects of daily life has defined my approach to imagery.

But, we can hope and we can fight. Yemen will one day once again be known for its cinema, its mocha coffee, its clothes, its Jewish musicians, its islands and its caves. It will be a tourist destination.

Amira Al-Sharif is a Guest Contributor to Panorama.