The Information Front: In Conversation with Donald Weber

The Information Front is a new publication that highlights the work of Ukrainian photographers currently active covering the war. Here we speak with one of the organisers — Donald Weber. 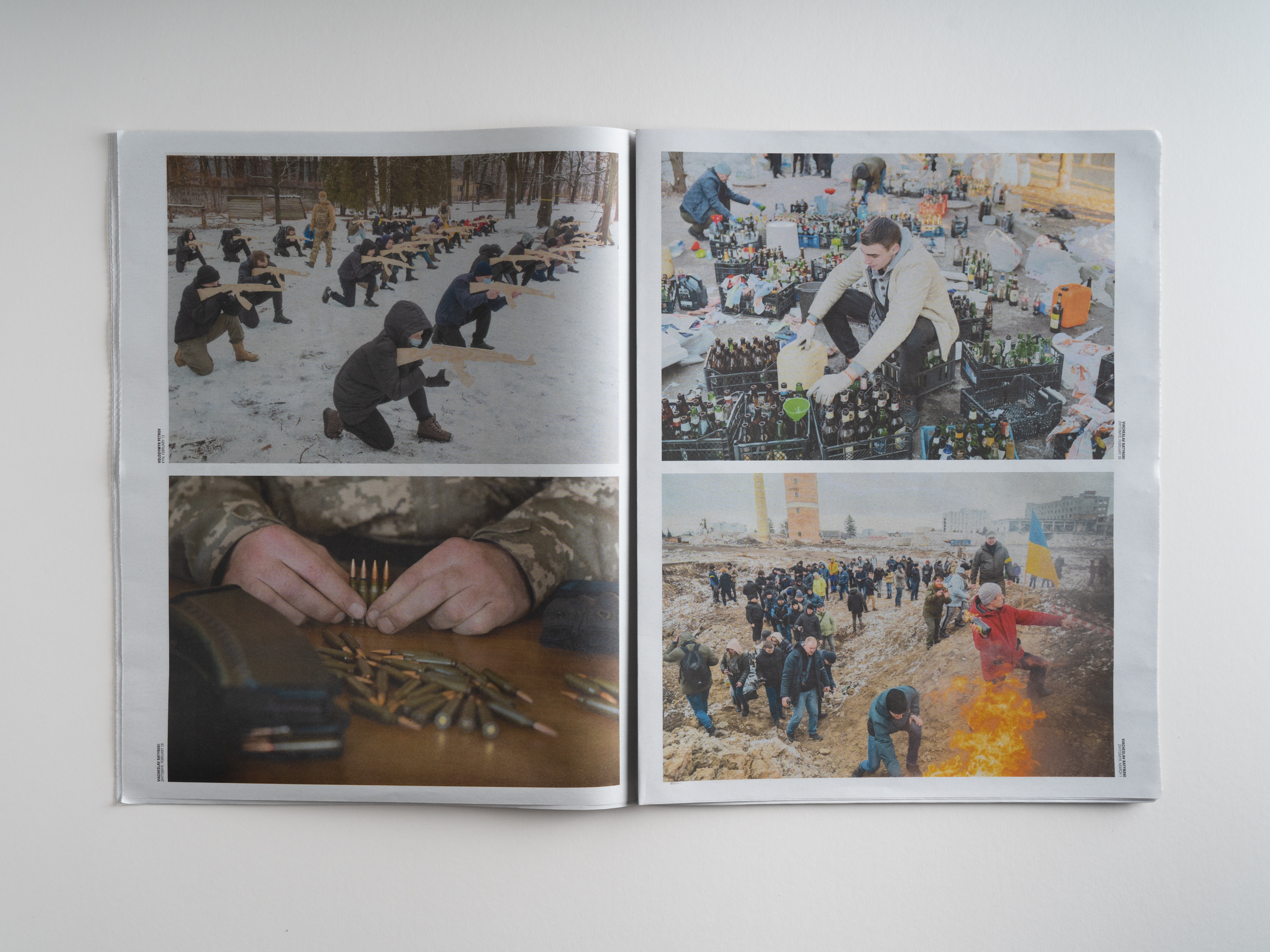 Matthew Webb: Please could we start by talking about your long-term commitment to Ukraine?

Donald Weber: I first travelled there in 2002, and had an assignment in 2004 to cover the Orange Revolution; it was there where I met a local Ukrainian guy who said to me: “If you really want to understand what’s happening in Ukraine, then you need to go East.” So I did, that night, with him, and ended up basically staying for a decade. I lived in a few smaller towns in eastern Ukraine, as well as in Kyiv from about 2004-2014, although I have returned every year since then, with the exception of Covid years. This part of the world has always lingered in my imagination, as I was what could be described as a “Cold War kid” born in the early 80s, which meant that the hottest part of the Cold War was happening again in the early 70s: all kinds of nuclear imagery were prevalent, and then, of course, the explosion at Chernobyl brought Ukraine centred into my imagination.

How did earlier projects, relationships, and practice lead to your work in Ukraine and elsewhere documenting war and tragedy?

I started in newspapers and magazines, which means that the stock in trade of these kinds of publications is misery. I was no different, and frequently sought out the most tragic situations. However, I started to realize that this is not representative of any particular location or place, but that drama plays an important role in journalism. Therefore, I started to shift quite divergently and think of my own position, my relationship to this place where I am not from, but also the role of media and imagery in the formation of knowledge (or lack of knowledge). That being said, what I value about photojournalism is its visceral relationship to the immediate, and the relationship of humans amongst and within. So for me, it wasn’t about tragedy and conflict so much as seeking ways to understand and unfold the world around me, and a sense of relations via a photographic practice that was deeply engaged with the people with whom I met and came across.

What is our responsibility to challenge unchecked power, oppression, and violence?

Well, photographs can do this very well! Because there is an indexical relationship to a physical world, there is an inherent understanding then that photography may offer a glimpse into complex systems of power and control. It s a material project, one that is able to amplify the invisible and visible structures to make them grounded and centred for an audience. In my earlier work, I was always concerned with the visibility of invisible structures. Sometimes it’s as simple as a suite of sleek Mercedes parked outside a posh hotel, trappings of wealth that signal cast and power oppression, or, in the case of Interrogations, how space and location are used as a weapon in the deployment of power.

How did you establish a strong network of accomplished photographers with a breadth of styles?

This is down to the three of us all having a fairly extensive network in Ukraine. Kateryna is from Odesa and a photography curator who started Odesa Photography Days festival and is very much in the loop of Ukrainian photography, myself, having spent almost twenty years there, also has an extensive network as does Chris who has spent a decade. So between the three of us, we know a lot of diverse photographers. Also, it was intentional, to look across geography, age, discipline or genre, gender, etc., to try and seek out a wide array of positions that photographers take. This is more indicative in Volume 2 than 1, but in Volume 1 we also were looking for known as well as less known photographers.

Can you talk about coming together as a group under a common cause to document, and share the stark reality of war in ways that only photojournalism can do?

In a way, The Information Front reiterated or underlined the value of photojournalism for me, because of the immediacy and stark quality that the image can present. What’s present is utter destruction and terror, and, made even more potent by the photographers themselves who were not just documenting some other place, but their very homes under existential attack. That’s a very powerful condition and one that photojournalism speaks to very well. These photographs also reiterate a trust and faith in the news, something that has long been eroded (albeit in some instances our presupposition that the media is objective is a fallacy), but in this case, the urgency of the photography speaks to the necessity of such documentation.

What is considered newsworthy/publishable and not when covering the war, what has been missed when the world looked away between 2014 and 2022?

What has been missed is that the war began in 2014, not 2022. Sometimes the problem in (western) media, is that a narrative gets set and it is really hard to break from those narratives. In this case, it was “separatists” who started the conflict in the east in 2014, with maybe some help from Russians. Putin himself recently discounted this notion when he stated that he wished he had seized all of Donbass in 2014. So, that means that it was never considered a conflict that had anything to do with the wider world, but a simple regional conflict perpetrated by those pesky Ukrainians and Russians, it’s a local fight and thus not necessary to support. Meanwhile, Putin and Russia had been gearing up for an extended battle to extinguish Ukraine. Thus, this is why precise and accurate reporting is essential to further destabilizing these kinds of demands and pursuits by external actors such as states like Russia. If we had not seen the invasion of Crimea and Donbass in 2014 as a local issue, perhaps we wouldn’t be writing this today.

What will be the eventual outcome of the war?

At some point the war will end, who knows when. Even if it’s tomorrow or even ten years from now I do know that generations and decades of trauma will be experienced by the Ukrainian people. Regardless if they win or lose, they still lose — their country has been destroyed, untold violence and war crimes perpetrated. I cannot imagine what impact this will have on the psyche. Even if Ukraine will make its way toward Europe, it will take decades to process this trauma. That is why we look. 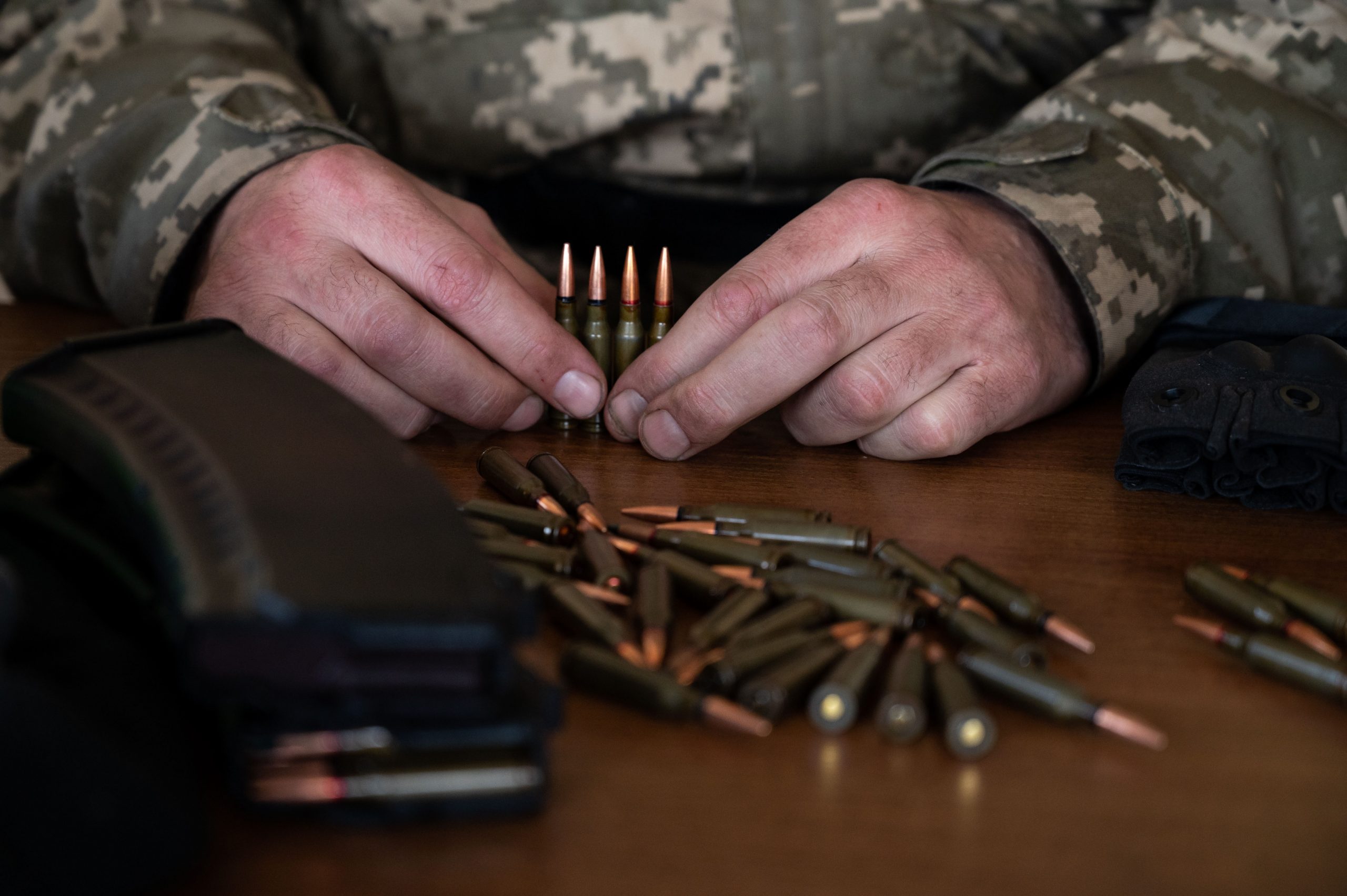 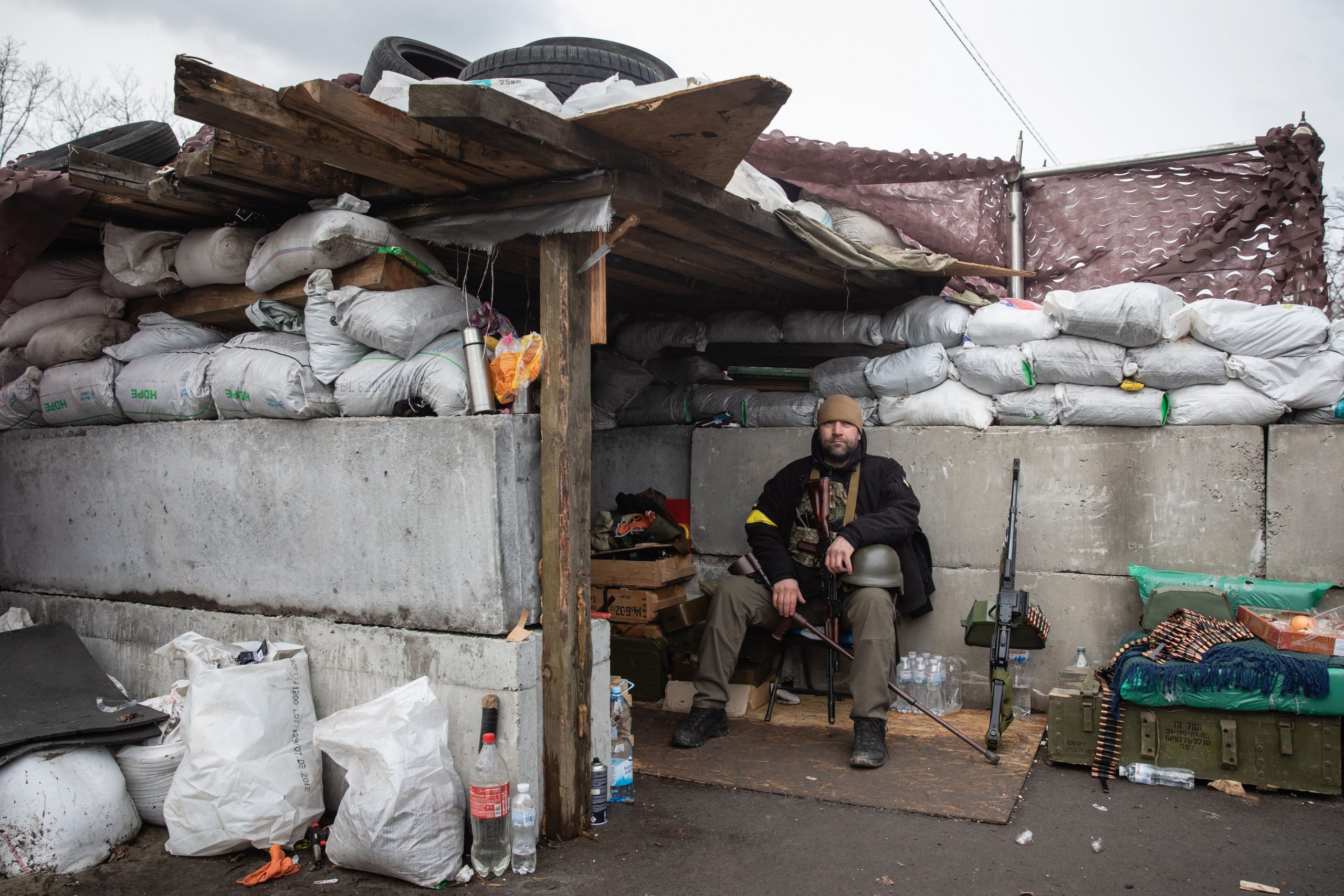 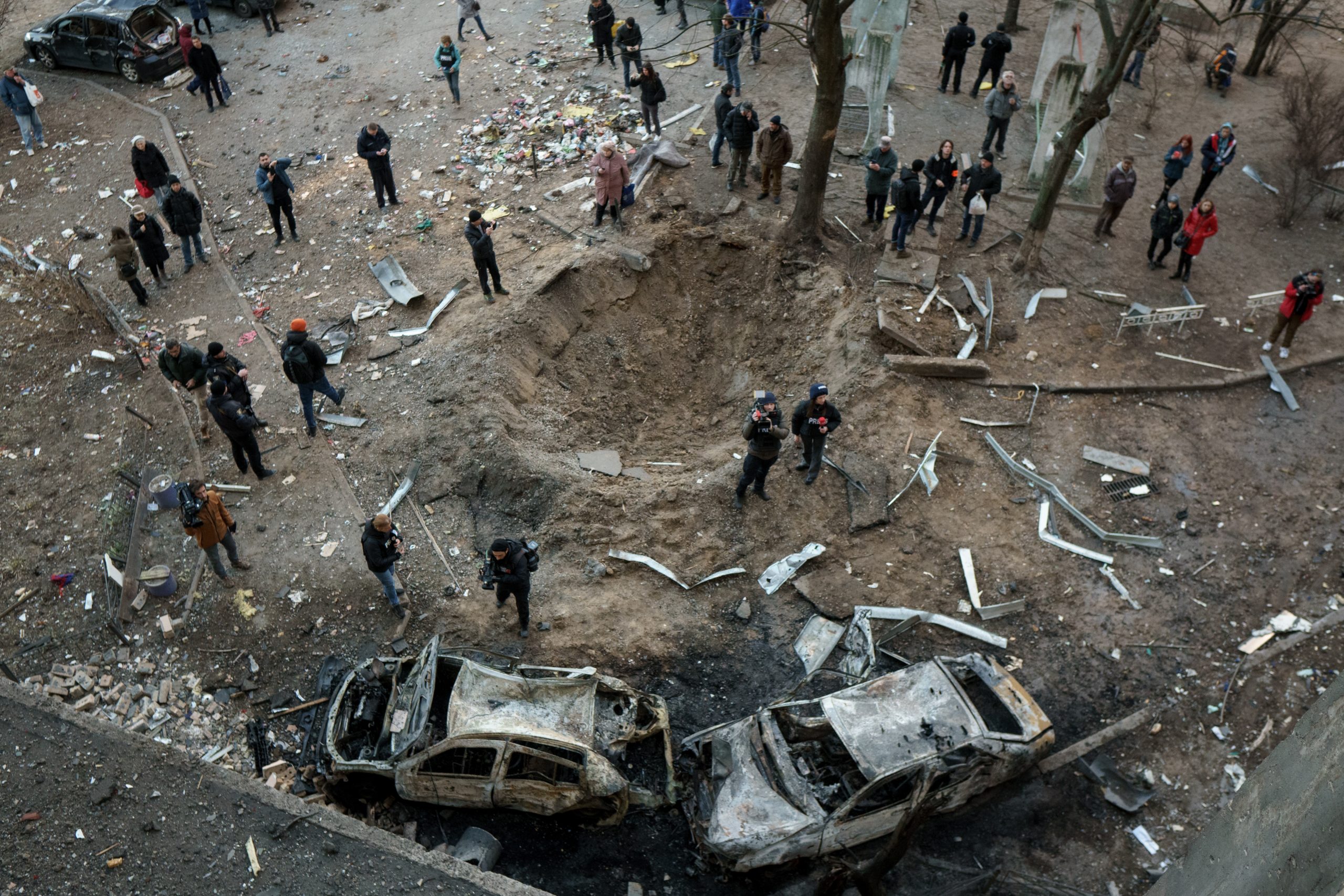 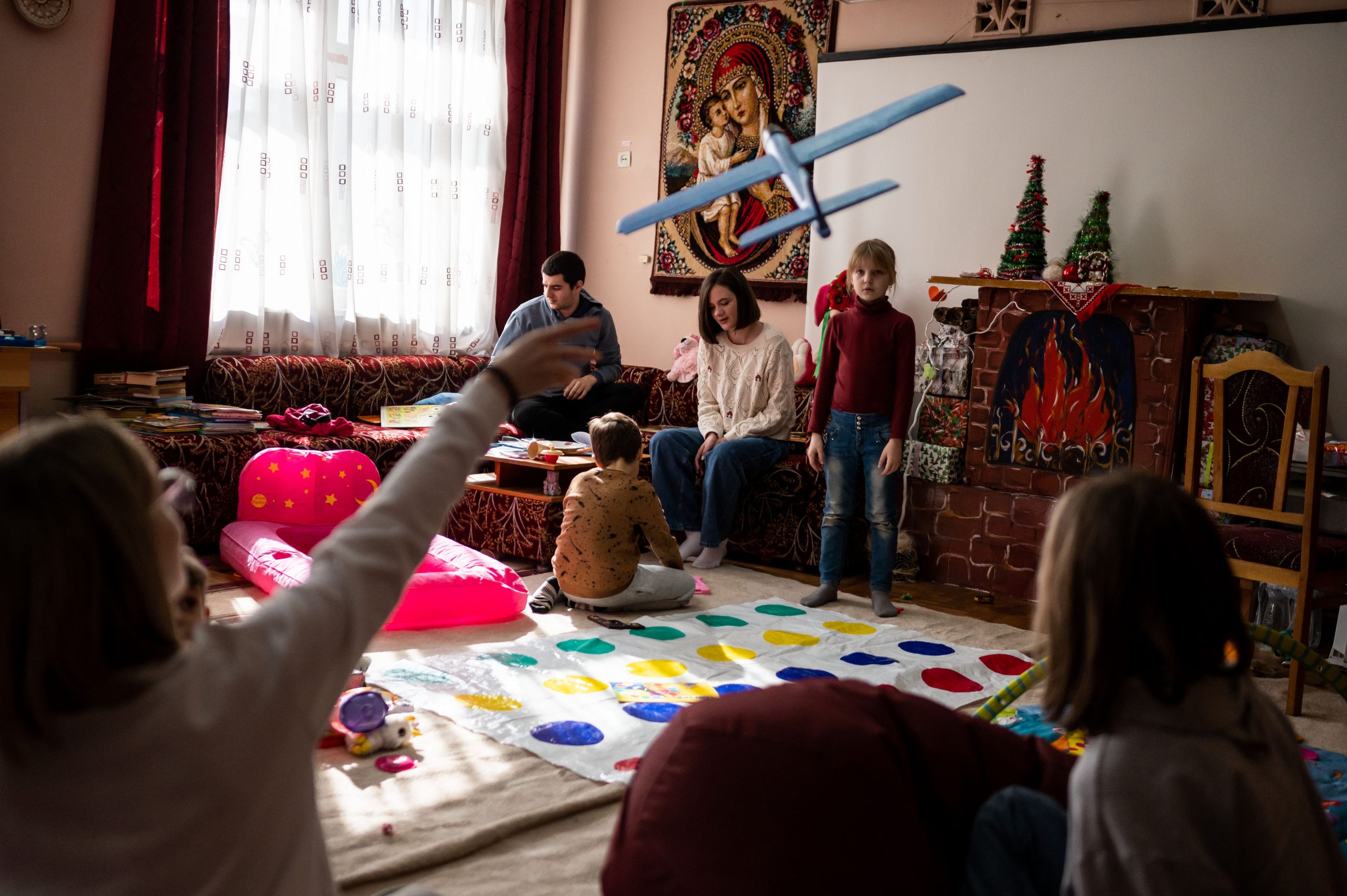 Matthew Webb is the Director at Panorama.

Donald Weber is a Guest Contributor for Panorama.

All images courtesy of The Information Front, which features photojournalism of the war covered by those photographers who are most vulnerable: Ukrainian photographers themselves. This newspaper functions as a platform to support their important work and, through dissemination and circulation, to maintain visibility of the war. All profit from the sales of The Information Front will go to the Ukrainian organization Depth of the Arts Fund, supporting the necessary work of independent media in Ukraine by directly funding the photographers themselves. More information available via: theinformationfront.com