The Postcard from Venice

There is a kiosk on Lido island. You pass it when you step off the ferry from Venice and walk down the main road, which crosses this narrow piece of land protecting the laguna from the open sea. Every year, I’ve bought a postcard from one of the kiosk’s rotating stands, to send to my grandfather. He knew I came to Venice for more than a decade to cover the film festival for German newspapers. But he didn’t care for movies.

I don’t even know if he ever saw a cinema from the inside. He grew up in the countryside,  south of Berlin with the closest big city being Dresden, some 60 kilometres away. There  were no movie theatres, nor multiplexes in his youth, and he didn’t catch on to the fascination with moving pictures. His appreciation for art ended with design. He became an engineer.

When I was little, he could talk for hours about the wonder of engineering, the construction of bridges, the right angles, metals, nails, and rivets to use to achieve perfect structure. So, when I wrote my postcards I tried not to write about the movie stars I’ve met or which films I’ve seen. Instead, I would write about interesting buildings in Venice, sometimes adding small scenes I’ve witnessed during my morning walks across the island towards the festival palace.

I’ve walked the same way for years. I just realized this year – a couple of weeks ago – that there is no other path I’ve used so often in my life; with the exception of, maybe, my way from our home to primary school in the village, where my family still lives.

In Venice, during festival season, the days start as early as our school days did. Every morning around half past seven, I leave my apartment and start the half hour walk towards the festival encampment. Halfway down the main road, which is called Santa Maria Elisabetta, a sidewalk opens up to the right hand side following a little channel. A couple of restaurants offer seats with a view of the water. But these won’t open until noon.

There is however, a little pastry shop with its door set ajar. The smell of fresh sweets, sugar and almonds wafts through the air long before you reach the entrance. Although it’s a detour, I’ve always passed by here  as theirs cornetto con pistacchio (croissant with pistachio cream) helps me start the day.

At some point towards the end of the two festival weeks – when you’re exhausted and reconsider every decision to see another movie, as they all start to blend into each other like a drug-infused fever dream – you will think that these pistachio croissants are the only reason worth getting up in the morning. I would never include this on a postcard to my grandpa though, as he might take it for whimpering.When one loses one’s job too early due to the course of history, you do not appreciate your grandchildren complain about the work they are privileged to do.

The women behind the counter always laugh when I try to give compliments for the pastry or try to guess the story of why they have pictures of Robin Williams in the window. They decorate the bakery according to season, and a couple of weeks later the frontage will display plastic pumpkins and fake spiderwebs to celebrate Halloween.

With the croissant in hand and on a sugar high, surfing on a light green wave of creamy pistachio, I turn back to the main road and pass by the glittering facade of Hotel Ausonia, the first postcard worthy building, preserved in its original Liberty style. This Italian version of the Art Nouveau Style leaned heavily on baroque features.

The hotel walls are covered with pastel green and yellow tiles. On the first floor, right above the large windows, women dance whilst holding jugs, dressed in flowing clothes the colour of autumn asters. They could have symbolic meaning or be the pictures of antique goddesses, but the way their heads lean pensive to one side combined with the moody colour of their dresses, give them an air of melancholy.

Besides the Excelsior Hotel on the beachfront, where the film festival started nearly 100 years ago – when its inventive owner tried to extend the tourist season into September – the Ausonia is the only hotel deemed worthy of the big stars. During the festival days, limousines would come from the film palace to deliver Hollywood’s finest.

When you run down the road in a hurry in the afternoon to get back to the apartment and submit your article before the newspaper goes to print, you might bump into some actress who wandered out of the wrought iron gates surrounding this place of festival madness.

While whispering your apologies, you will think: I know her face from somewhere. And five minutes later you will realize, you’ve just come out of the film she starred in. I would keep these encounters in mind to tell to my grandparents when visiting them around Christmas, as my grandmother is not interested in architecture at all, but would ask what this famous lady was wearing.

But now, I have to hurry further down the main road, towards the big roundabout, then turn right into the promenade along the beach. Here, I collect some images of plants and trees, as that is the second topic my grandfather loves: botany. During the early nineties, he picked my little sister and I up from primary school each day.

Grandpa had lost his job when the factory where he was designing conveyor bridges closed, as did many other factories and companies in East Germany after the wall came down. During his funeral, I learned that he only received one day’s notice that he wasn’t needed anymore. It must have hurt him so badly; he never talked about it. My parents would soon lose their jobs too, as part of the wider industry foreclosures, but until then, my grandfather took over looking after my sister and me in the afternoon.

We spent hours cycling and tramping in the woods, following little streams, learning the names of birds and trees. He taught us how to distinguish a larch from a fir (“the larch’s needles are so soft they won’t hurt you when you grip them”), and a nuthatch from a woodpecker (“the nuthatch can walk head first down a tree trunk”). So, down the promenade I glance across the lush gardens of the villas along the way, looking for beautiful flowers to praise in the postcard message. Left and right along this road, huge pine trees cast their shadows on the sidewalk and fill the air with their balmy scent.

Through these trees lurks the Hotel des Bains, or what’s left of it. It has been here longer than the pine trees. In old pictures from 1900, it is a majestic building surrounded by ornamental gardens. I have always felt a shiver of curiosity when passing this place, as if it could tell stories once you managed to get inside. Thomas Mann spent his summers here, in the luxurious rooms, and in the cabins on the beach, writing the famous story “Death in Venice” – about a man looking for ideal beauty and finding it in a young boy. If this were a Mann short story, the melancholy women on the last hotel facade would have been a bad omen, a harbinger for things to come.

But I am not aware of these shadows, instead I walk down the beach, knowing that my grandfather never read Thomas Mann; he even repeated a year in primary school – another thing I learned at the funeral. Somehow, we know so little of the lives of the people we love. As I turn my back on Thomas Mann’s hotel, I start to follow a group of older men in bathing trunks to get a glimpse of their morning routine.

Down at the beach, the men open a little box and take out the shiny balls of a boules game. Their trunks in bright yellow and green emphasize the tan of their bare bellies and white-haired chests. They must come here every morning for the last month to reach this impressive shade, I think while sitting on the white large stones that build a pier into the water. Back then and there, these men remind me of my grandfather though they were much younger.

In April, I spent a long weekend with my grandparents, looking after them while my parents were on vacation. We sat in the mild sun of early spring in the garden, and my grandparents indulged in memories. Actually, my grandpa did. My grandmother was getting more and more forgetful, so she prompted the keywords, nudging her husband softly like pushing a favorite song on a jukebox.

And he talked about their travels to Kiev and the Black Sea and of parties they had with their colleagues from work, walking home at night, singing songs as a polyphonic choir. When he laughed so much on recounting this memory his eyes watered. “One always has to laugh once a day no matter what,” he said, before proceeding to reel off a series of ‘dad’ jokes, and I laughed a lot, because I knew this made him very happy.

I think about all this on the beach, and then I write the postcard. I don’t remember what story I put down in the end. I just know that my grandfather didn’t get it. The Italian post took its time. Time he didn’t have anymore.

He died shortly after I came back from my work trip.

A couple of days later, a birthday card arrived.

Though in his nineties and already in pain, my grandfather managed to write his congratulations in the same engraved engineer’s handwriting he used all his life, with not a point out of place. He was a great grandfather. A great grandfather. 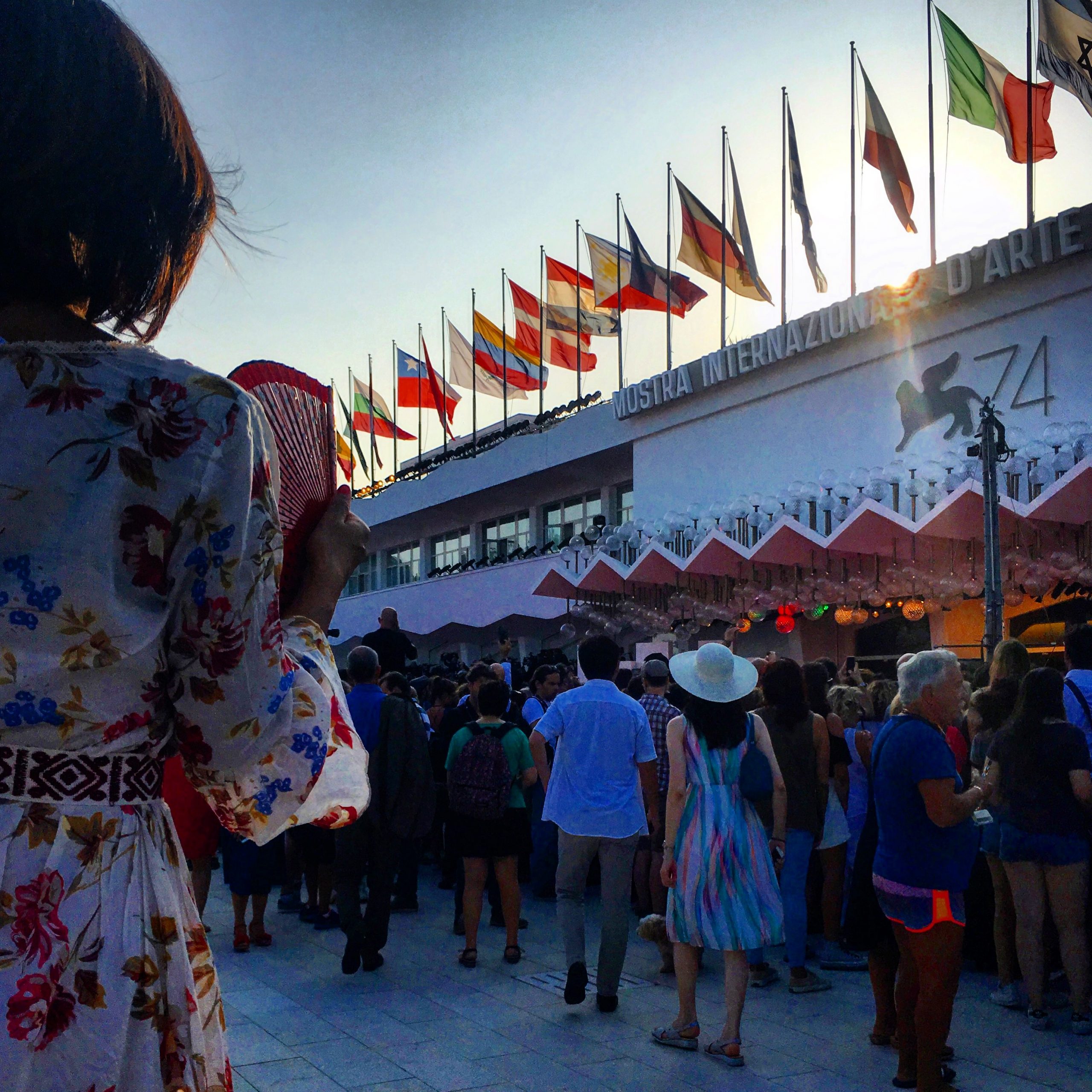 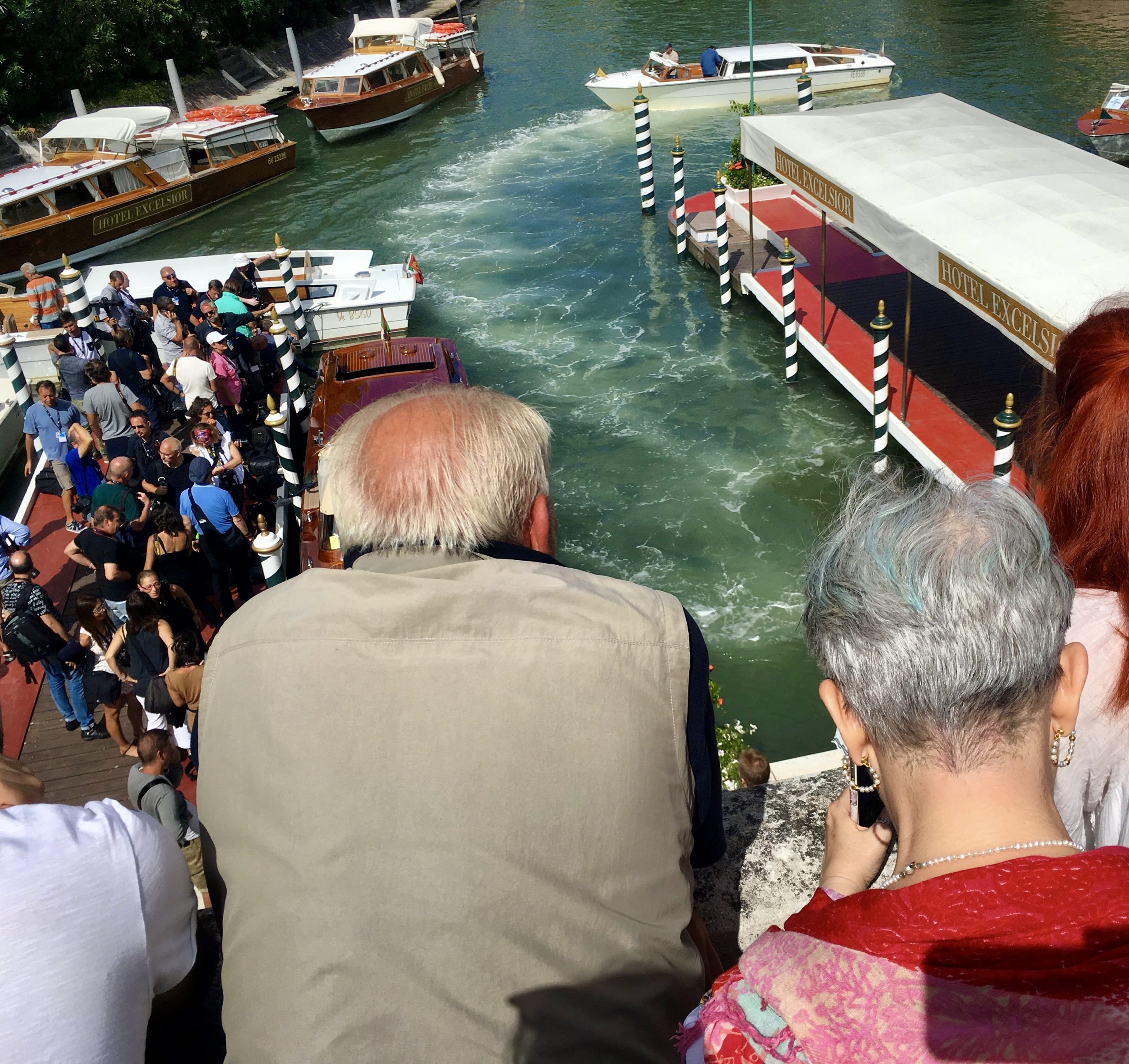 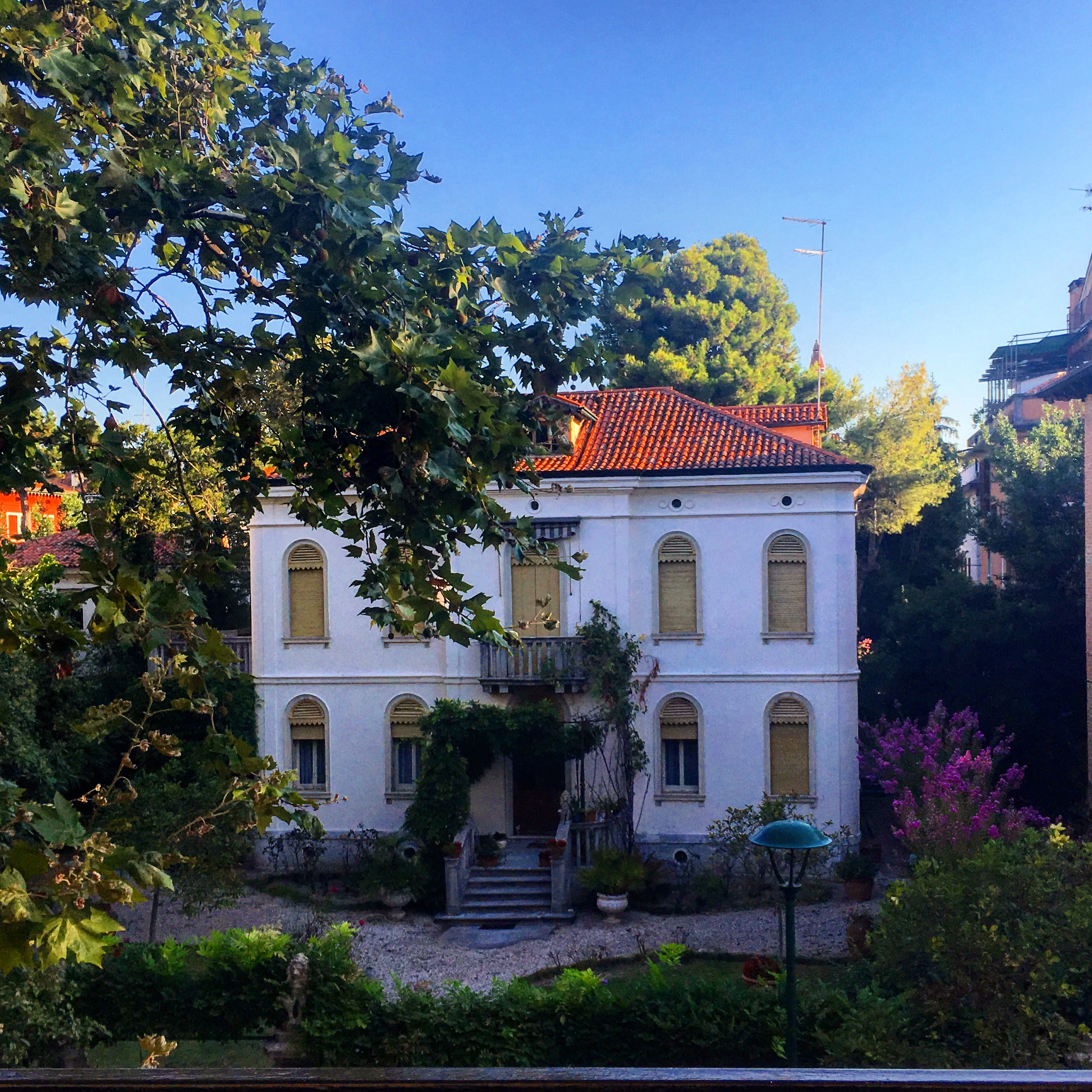 Maria Wiesner is a Contributor at Panorama.