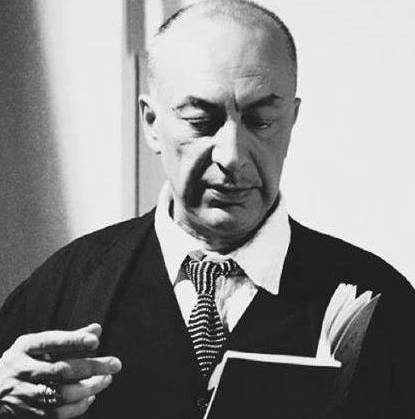 “We travel in our adventure every day. It is almost impossible to place a line of the demarcation between the real journey and the imaginative one.”

Born in 1962, Magradze is a famous Georgian poet and author of the lyrics of the National Anthem of Georgia. In 1984 he graduated from Tbilisi State University, faculty of philology. At different times Dato Magradze was an editor-in-chief of various newspapers and magazines; worked at various NGOs and organizations fighting for human rights. In 1991 Dato Magradze founded Georgian PEN center and was its president till 2010. David Magradze became the Minister of Culture of Georgia in 1992 and held this post till 1995. David Magradze authored numerous poetry collections and his works are translated into many languages including German, English, Italian, Turkish and Russian. Currently Dato Magradze’s book “Giacomo Ponti” is part of teaching materials of the school “Don Bosco” in Borgomanero. From 2009 he is a member of Academy of American poets. Dato Magradze is participant and laureate of different book Festivals: Lugo, Genoa, Orta, Lugano, Eboli. Among many literary awards and prices in 2011 David Magradze was awarded with a title of Cultural Ambassador and Honorable Academician by Universum – Swiss international society of Culture and in the same year the Swedish academy Nobel committee acknowledged David Magradze’s nomination for the current year’s Nobel Prize in literature. Since 2013 David Magradze is a holder of Diploma de’onore Academia mondiale della poesia“ – Verona member of world academy of poetry, Italy.